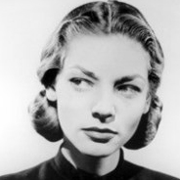 You are invited to join DigiRAMP. If you have excellent recordings and you control the rights, you can submit right now by signing up.  All you need is a DigiRAMP account.

Welcome to DigiRAMP's public opportunities.  If you are interested in connecting with real professionals and real business, just signup at www.digiramp.com.  Public opportunities are always available for everyone. 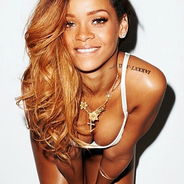 Think future think new - don't give us same old style from her las record. - PLEASE MAKE SURE YOU ARE FAMILIAR WITH ARTIST before sending random tracks!

Robyn Rihanna Fenty (born February 20, 1988), better known by her stage name Rihanna (/riˈænə/ ree-an-ə),[3][4] is a Barbadian singer, actress, and fashion designer. Born in Saint Michael, Barbados, her career began upon meeting record producer Evan Rogers in late 2003 through mutual friends; she recorded demo tapes with his guidance. Her tape was sent to several record labels, and she subsequently signed a contract with Def Jam Recordings after auditioning for its then-president, hip-hop producer and rapper Jay-Z. Both her debut album, Music of the Sun (2005) and its follow-up A Girl Like Me (2006) peaked in the top ten on the US Billboard 200; the former featured the commercially successful song "Pon de Replay" while the latter produced her first Billboard Hot 100 number-one single, "SOS".

Rihanna needs a great single for her next album. Reference : http://www.youtube.com/watch?v=ehcVomMexkY PLEASE MAKE SURE YOU ARE FAMILIAR WITH ARTIST before sending random tracks!   Signed to Def Jam Recordings