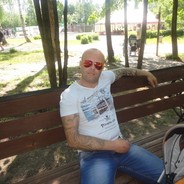 ANDREY  over 7 years ago
Listened to this recording 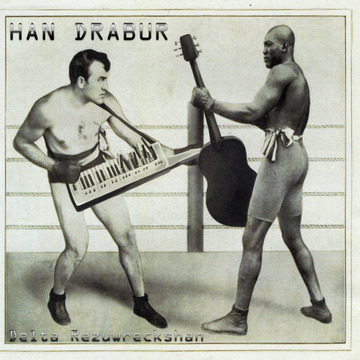 With an old school and down right fun feel on the Nineteen (19) song Delta Rezuwreckshan album, it has been released this month into stores all over the world. Han Drabur is a gritty and down home rock artist with a classic blues, modern day big beat and funky feel that is so much fun to hear this day and age. The entire CD flows wonderfully and perfectly from song to song and from the beginning of the album to the very end. The steady blues driven album fuses together the old with the new in perfect ways. The range of blues styled rock music brings listeners a steady and consistent album filled with many songs included that add value to the full length release.

All songs are written, mixed and produced by Dan Handrabur who is at the center of it all while presenting solid bass playing, extraordinary keyboard work, some of the best slide guitar heard today and he presents strong and seasoned vocals. Don Lichterman, the head of Sunset (Records) says about Han Drabur’s debut album with the label is that “it is a fun album and its a great album with that traditional blues feel that also pays homage to the music that we all grew up with listening to for decades now”.

(Don) Lichterman also points out that the songs were signed to Music Licensing Division and it evolved into the company being able to release what has now become the Delta Rezuwreckshan album to worldwide audience and to all stores that sell music at the Sunset Record label. “It is the soul and rock-n-roll spirit coupled with that traditional blues feel that makes this one of the best albums released in general” and “its filled with nineteen (19) songs now after three were added to it before the official release this month.”

That added value should garner the support of rock fans in general, with Blues Music fans and by gaining many new fans of all music from all over the world. The overwhelming success of timeless rock music is what most most characterizes Han Drabur. The music influences are obvious and the first single “Moonriser” is just a great song that is accessible for any fan of any music. The traditional Bluesy feel within every song is what makes the album by Han Drabur an exciting one!

Legendary music artists are also layered on many of the songs throughout the album. Han's appreciation is evident by him paying homage to these classic music artists on the first video of the hit song “Moonriser” and he also pays tribute to that old school blues style of music on every song. “It is a great video of a great song,” says (Don) Lichterman. He (Don Lichterman) also reminds us that “the video has been released to those video outlets at the end of the year and the entire CD is now being rolled out and released everywhere this month even though every song but three (3) have already been worked to our licensing partners.”

The complete list of great of classic blues artists that Han Drabur has included to pay tribute to on every song are: