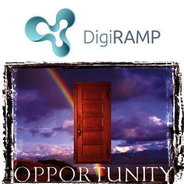 DigiRAMP offers numerous opportunities to both public and private users.  By responding to these opportunities you now have a direct chance to engage in real business and grow your audience, exposure, awareness and revenue. Create, Control & Connect now on DigiRAMP.

DigiRAMP Opportunities   3 months ago
Listened to this recording 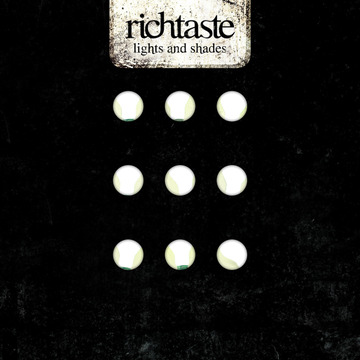 Richtaste, the Swiss alternative rock band led by creative mastermind and lyrical genius Stefan Frankhasuer, is now setting up to release their sophomore album Lights And Shades (Sunset) on September 23rd. The first single from the album is "Good Days Are Gone." The entire CD was produced by Pat Aeby who is the drummer for the multi platinum Geffen Recording artist Krokus. The songs on the Lights and Sounds CD recount Stefan's life experiences pursuing a career in music and growing the bands repertoire for the new CD.

Richtaste is a band made up of Stefan Frankhasuer (Vocals & Guitar), Rafael (Guitar), Roger (Bass), Marc (Drums) and Retro (Keyboard). The new album shows the growth and ripeness the band has gained by playing large stages live over the last year. And, Lights And Shades is produced by Pat Aeby (Krokus) who elevates the bands to the top of their game. The songs are done a high level with lyrics that are compelling and accessible throughout the entire CD. Coupled with the proficient musicianship, Lights And Shades is an appealing and awesome second CD.

The band's debut self titled album has received amazing amounts of critical acclaim by all sorts of media outlets around the world. The debut CD also had a great amount of radio play in the United States due to the label picking up the CD for the rest of the world outside of Switzerland and Germany. Sunset Records released the debut to help set up the Lights And Shades follow up CD. “We are working five (5) singles to radio starting this week,” says Don Lichterman, the head of Sunset. Lichterman goes on to say that he “must strategically work this album. One of the guys is going into the military service from late October until February of next year. We are doing key bookings in America before and after at industry conventions before doing a Europe tour after he is done with his service.”

The band, recently just played the main stage at the sold out The annual Open-air Etziken preparing for the Lights And Shades sophomore title. The group and producer Pat Aeby spent a lot of time with over 30 songs to choose these strong 14 tracks for the upcoming release. “This is really a considered a debut although we did use the self titled to help introduce the music to media, radio and retail,” says Lichterman about bringing the band to the US. “And then conversely with Lights And Shades we will work with Universal in Switzerland to deliver the music.”

"When I hear our songs today, I really feel we could not be better in a better place today," says singer and songwriter Stefan Fankhauser. "Our sound has more eggs (nuts) than before! Our expectations were not met," admits Fankhauser and relates to the new support the band has in place that has opened up their musical ideas and the production pieces it all together perfect.” "We were busy with the production for so much time, that we already were filled up to the top with new ideas when releasing" Frankhauser says with his enticing European accent. Unapologetically the five now dare to face also critical issues. Richtaste know that light and shadow in the real world are as close together as in the show business. "Supermen" i.e. simply states that at least a dozen blue dressed superheroes is needed to save the planet before the impending demise. And "Tom Rocket" deals with the question of what drives a man to spend the nights slaughtering anything that moves in a video game using what can be described as its pseudonym.

It is not out of the blue for bands to boast about their latest album release well before it even gets to retail stores. From the opening track, Rocket Man, you can hear the high level of confidence. The pace never slows down with the first single Good Days Are Gone, the driving dark foreboding second track, to the outrageously catchy, Superman and Night Of 1,000 Dreams, the obvious hit singles waiting in the sings if there ever were hit songs. Frankhauser couldn't let the year’s political landscape go without directing his songs right at the US government, as he does in Superman. And, then all the way down to the final few songs on the CD, the uplifting Night Of 1,000 Dreams and Duke Of WestPoint, gives Richtaste fans 14 of the strongest alternative rock and pop songs of the year.

With Lights And Shades, Richtaste will gain many new fans in the United States along with keeping their European fan base excited about the new CD

DigiRAMP Opportunities   5 months ago
Listened to this recording 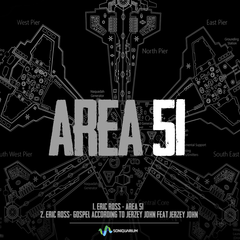 DigiRAMP Opportunities   5 months ago
Listened to this recording

DigiRAMP Opportunities   over 4 years ago

Connect with us for promo and opportunities on DigiRAMP.

Super, give me opportunities and I will fly