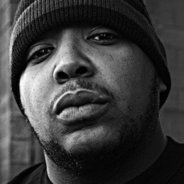 Malone signed with Cash Money Records in 2011, turning down offers from many labels likeDef Jam Records, Interscope Records, J Records and Atlantic Records. Glasses Malone was found by the same record executive who found The Game. Along with his signing, he was also given his own imprint, Blu Division. Malone debuted with mixtapes The Crack Mixtape (2003) and White Lightnin... Sticks (2005).White Lightnin... Sticks sold 50,000 copies and included the popular street single "Two Hunned."  Glasses is now his own boss and President of Blue Division Music and a entrepreneur, still active daily in the music industry.

Perky Biatch  over 5 years ago

Luv me some G Malone!

Glasses is a good friend and a brilliant business man.