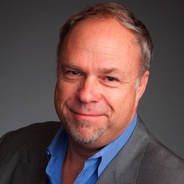 Mr. John Guidon co-founded Row 44, Inc. in 2004 and serves as its Chief Technology Officer. Mr. Guidon has been an Advisor of Global Eagle Entertainment Inc since May 2014. He co-founded Global Eagle Entertainment Inc. and served as its Chief Technology Officer until May 2014. He served as Chief Technology Officer of Global Eagle Acquisition LLC until May 21, 2014. He served as the Chief Executive Officer of Row 44, LLC. His successful background in satellite, digital communications and internet technology-combined with his experience as a pilot-make him uniquely qualified to lead Row 44. His distinguished technology career included consulting on airborne electronics for Marconi Space and Defense Systems, then as an engineer for Litton, where he was responsible for navigation elements still used in aircraft today. He founded the microelectronics consultancy GME. He is a businessperson, pilot, and private plane owner. Mr. Guidon graduated with honors in electrical engineering from Imperial College in London.

Sexy Radical  over 5 years ago

Peter Rafelson (Music Into Media)  about 6 years ago

John is the coolest.

Max Groenlund  about 6 years ago

Peter Rafelson (Music Into Media)  about 6 years ago