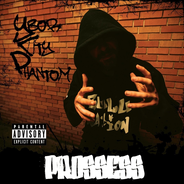 Prossess latest album "Ybor City Phantom" (www.YborCityPhantom.bandcamp.com) features many legendary artists such as Sean Price (RIP) (of Heltah Skeltah), Keith Murray (of Def Squad), J-Ro (of Tha Alkaholiks), Planet Asia (of Cali Agents), Edo G (of Ed O.G. & Da Bulldogs), MC Sha-Rock (of Funky Four Plus One), Lewis Parker, A-Plus (of Hieroglyphics and Souls of Mischief) just to name a few. He has made a living for a few years strictly selling CD's on the street and has worked with artists from every continent of the globe except for Antarctica. As a member of the Universal Zulu Nation, Prossess practices Peace, Love, Knowledge, Wisdom, Understanding, Hard Work, Having Fun, Unity & Respect. He also pays the utmost respect to the other elements of Hip-Hop besides rapping including break dancing, DJ'ing, and graffiti. You can find him and Donald D (of Ice T's Rhyme Syndicate) being co-signed by the great Godfather of Hip-Hop culture and founder of the Universal Zulu Nation, Afrika Bambaataa, in the music video for his track "Rules of the Game" (found at: https://www.youtube.com/watch?v=NdANx5TDD4c&list=PLDwvHAi_cTRMyu65Juy7GouEIAIEKNy2P&index=4).

I just found you here and would love to connect!

Who I B  almost 6 years ago

Who I B  almost 6 years ago

Derek "The Producer"  over 6 years ago

Welcome to DigiRAMP - we would all love to know more about you, your work, your interests - you can fill in more on your "Profile settings" - You can also click Manage social media to connect and authorize sharing to your other sites! If you wanna upload music, just click your "Recordings" (on your profile) and then you can submit to the opportunities at top of the DigiRAMP website.

Also, here's a great article about what we do: http://nolabelnoproblem.com/age-digiramp/