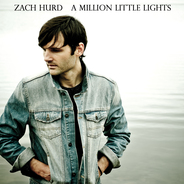 Zach Hurd is a Maine native currently based in Los Angeles. Prior to moving to the west coast, Hurd spent 10 years honing his craft as a songwriter and performer in New York City. His 2013 EP, "She Never Sleeps", produced by Robert Di Pietro (Norah Jones), recently won "Best Pop EP" in the International Independent Music Awards. Hurd continues to broaden his audience with intimate performances and a sound that blurs the lines between folk, soul, pop and americana.
His latest album, "A Million Little Lights" (released on Oct 10th on iTunes/Spotify) is a 9-song effort that tells the story of a young couple who leave their small town for the city. Each song acts as a different piece of the story creating a cinematic experience for the listener.
Hurd says in regards to the album, "I wanted to do something different for this project and take a risk. I'm from a small town and moved to the city, so that perspective wasn't a far reach but the idea of creating an actual story around that backdrop, with a whole album, felt like more of a challenge and more intriguing."

Aside from the new release, over the last year Hurd has been featured in Paste Magazine, Four Culture Magazine and performed live on Philadelphia's famous WXPN FM/ NPR station.
For tour dates and more information, please visit www.zachhurd.com. You can also find Zach Hurd's music on iTunes, Spotify, Rdio and Amazon.

ZachHurd  almost 8 years ago
Listened to this recording 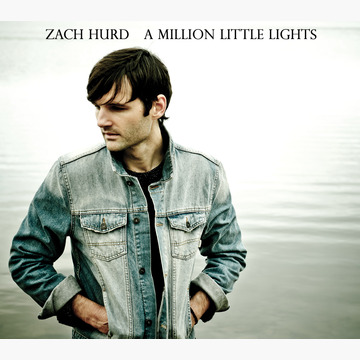 Epidemic   about 7 years ago

Robot Politics  about 7 years ago

Heidi Canzanelli  over 7 years ago

Heidi Canzanelli  over 7 years ago

Hello Zach, I am enjoying your music !: ) beautiful work!

Zach is so talented!

Welcome Zach, Your track is beautiful, please add some more